Deprecated: implode(): Passing glue string after array is deprecated. Swap the parameters in /home/customer/www/jenkinsinstitute.org/public_html/plugins/content/jw_allvideos/jw_allvideos.php on line 73 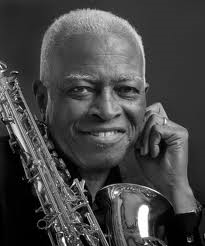 For more than fifty years, Mr. Lonnie Hamilton, III has dedicated his time and efforts to making Charleston a better place. Former educator, politician and professional musician, he is an alto saxophonist and clarinetist. After touring with the Jenkins Orphanage Bands (he was never a resident) during the mid-1940s, he played with his own band, Lonnie Hamilton and the Diplomats, the signature jazz band in Charleston for decades. Hamilton has been called a legend and the embodiment of Charleston’s rich jazz legacy.

Before he went on to achieve distinction as an educator, celebrated public official and professional musician, Mr. Lonnie Hamilton, III faced humble beginnings. He attended Burke High School, which was the only high school in the area for African American students. Inspired by watching the Jenkins Orphanage Band parade down Spring Street to Broad Street on Saturday afternoons, Mr. Hamilton saw music as the key to his future success. After high school, Mr. Hamilton was offered a music scholarship to attend South Carolina state College in Orangeburg.

Mr. Hamilton’s Diplomats was the house band for a very popular jazz nightclub he owned on Charleston’s North Market Street (it later moved to the 2nd floor of Henry’s Restaurant) in the 1970’s through the early 1990’s. Mr. Hamilton performed in 2010 with the Charleston Jazz Initiative Legends Band and is also featured on its first CD recording.

His commitment to serving the Charleston community didn’t stop with his music students. Mr. Hamilton served for more than 20 years as a Charleston County Council Member – elected in 1970 as the first African American in the County’s history to hold such office, and serving twice as Charleston County Council Chair. “Poor people had few ways to get anything they needed and I was able to serve them,” he said, noting his efforts to bring recycling to Charleston and a Triage Unit to the County Hospital during his tenure as some of his proudest achievements.

Today, the interchange of Interstate I-526 and I-26 bears his name, as does the Charleston County office building – Lonnie Hamilton, III Public Services Building. In 2003, his former students from Bonds-Wilson High School formed the charitable Lonnie Hamilton, III Foundation, which focuses on educational achievement.

It is clear the Lowcountry would not be what it is today without the tireless efforts of Mr. Lonnie Hamilton, III; and his work aren’t done.  Despite his credentials and talent, Mr. Hamilton opted to build his legacy in Charleston as a public servant. In a 2011 interview Mr. Hamilton is quick to clarify, “Music is his first passion.” The College of Charleston’s Avery Research Center for African American History and Culture maintains archival Collection that includes material related to Mr. Hamilton’s personal life and professional career as an educator, musician, and Charleston County Councilman.

For all who have heard and felt your music – we thank you Mr. Hamilton from the debts of our Jazz Souls! We thank you for all you have done, and look forward to reaping the pleasure of your further accomplishments.

Filmed during the "Jenkins Jazz & Jamming"presentation aboard the USS York Town on Feb. 22, 2013. This event was hosted by Patriots Point’s Institute of History, Science and Technology (who also filmed this video) Copy right 2013.